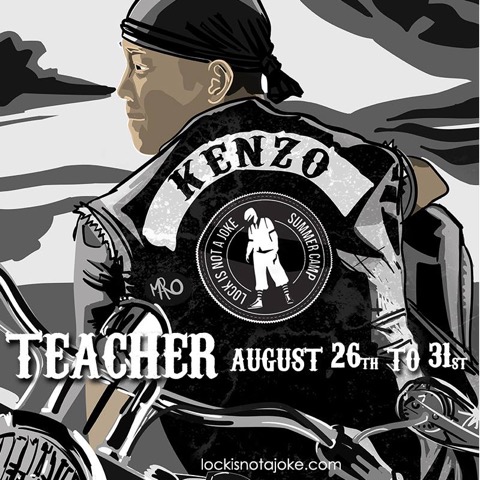 Kenzo from  ALL GOOD FUNK , SHUFFLE!!, DA PUMP and CAMPBEL LOCK FAMILY crew is one of the best locker from Japan. Winner  of many Titles such as SDK  WORLD FINAL, STREET FIGHTERS FINAL in Italy EURO BATTLE WORLD FINAL in Portugal, WORLD HIPHOP CHAMPIONSHIP in USA, FUNKIN STYLES in Germany POP LOCK BOX WORLD, OLD SCHOOL NIGHT in Japan DANCE@LIVE in Japan ….  Kenzo is teaching and judging worldwide. he is also a very versatile artist who worked in the commercial industry and also on stage next to the most famous singers in Japan.

With his strong and unique style, Kenzo is inspiring lockers for the last 15 years all around the world.